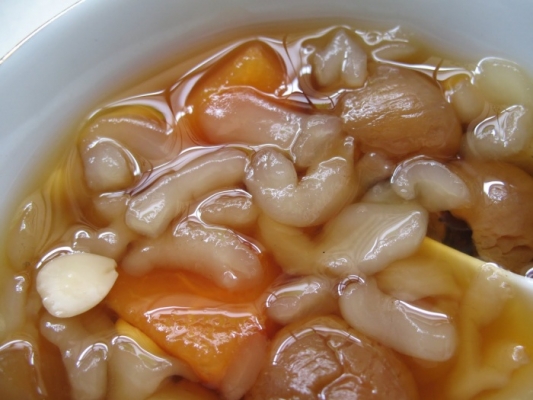 Remember that show, Fear Factor, where contestants had to compete to win the ultimate prize and along the way, their contest usually included eating bizarre, disgusting foods?

Yeah, those images stuck with us too.

You’ll be surprised to learn that in this day and age, people are still eating pretty disgusting things.

Hasma is a a Chinese and Central Asian dessert ingredient.

It’s made from dried fatty tissue found near the fallopian tubes of frogs.

You’ll be shocked to learn that this “dessert item” is available in the United States, too. Cities with high Asian populations usually carry the ingredient.

Characteristics described by people who have eaten it are, “sweet and slightly savory,” similar to tapioca.

I think I’ll pass.. how about you? 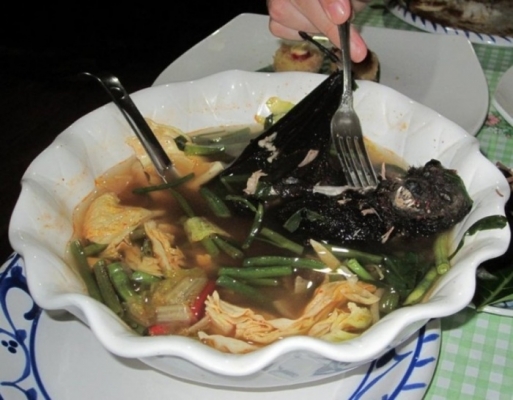 In Thailand, they eat bats. Yep, bats. Not just any bat, either.

Catch a live bat, boil it in boiling milk, and then mash it into a paste.

It’s sad, gross, and potentially hazardous to your health because of all the diseases bats can carry.

But hey, they still do it in Thailand.

Andrew Zimmern of the Travel Channel’s Bizzare Food America can actually be seen eating it on an episode of his television show.

They seasoned the soup with herb spices.

These tasty treats are actually a delicacy found in Cambodia.

In fact, you can usually find them from vendors on the street.

The spiders are actually bred in holes in the ground in villages, picked up for food, and then fried in oil.

Taste testers describe the fried spiders as a mix between cod and and chicken, yet rather bland.

Another one we’ll pass on! 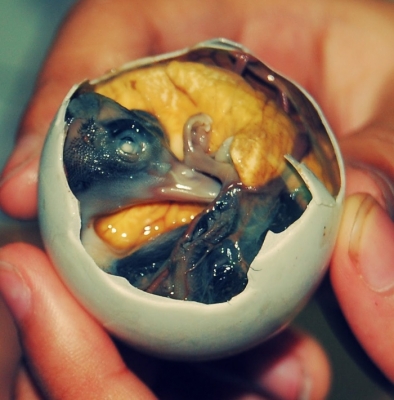 Balut is a developig bird embryo, usually a duck or a chicken.

Preparation includes boiling it and then eating it right from the shell.

Balut is usually sold as street-food in the Philippines, and commonly found in countries in Southeast Asia, like Laos, Cambodia, Thailand, and Vietnam. You can often even find the food in malls.

The delicacy food is usually served with a beer, although the eating of balut is controversial due to animal welfare and certain religious concerns. 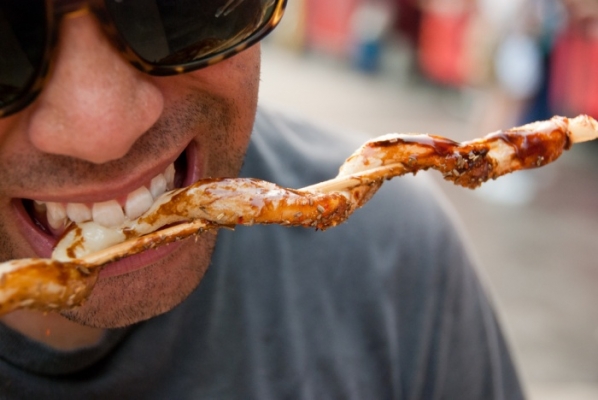 Light and chewy, and you’ll never guess…”tastes like chicken!”

Snake is popular in Chinese culture and doesn’t have as strict regulations as other exotic meats do in the U.S. Like other meats, their meat is a source of protein.

Thinking of actually trying it?

Careful before you consider. Snakes can often carry salmonella in their gut.

Non-venemous snakes can be eaten, but are a hassle to de-skin, gut, and remove all of the bones.

Eve worse, rattlesnakes can still bite you after they are dead, too!