On September 12, Vashon Island Pet Protectors in Seattle posted something that had locals really worried. Tillie and Phoebe, two beloved family pets, had been missing for five whole days already. There was no sign of them during rescue efforts, and hopes were beginning to fade.

After the post went live, a civilian reported a reddish dog appearing in their backyard, only to disappear into the ravine shortly after. When rescuers responded…

This is what they found… 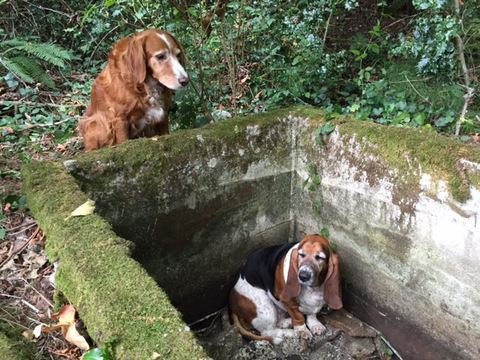 Tillie, the Irish setter who’d been spotted, stood by Phoebe’s side, only occasionally leaving to go look for help. When the rescue team saw that Tillie was resting her head on the concrete ledge…they thought the worst might be true.

Phoebe had somehow got herself stuck in the cistern. Thankfully, there was a little concrete ledge…she was found there, away from the water’s edge. 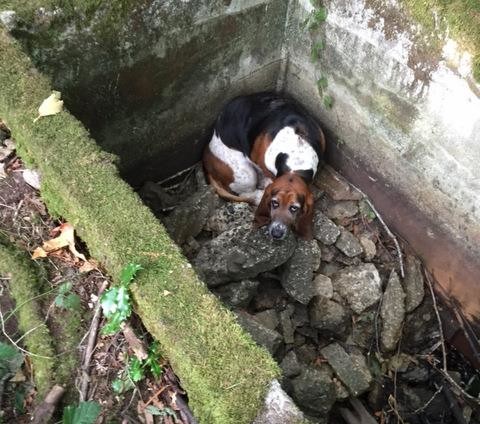 The two pups were cold and hungry, but otherwise, surprisingly alright. They’re now back with their owner.

If your dog ever goes missing and no one can find them anywhere, they may be stuck somewhere, like these two were. It’s important to adjust your search accordingly.

It’s easy to forget just how much our pets care for one another (and for us), but this story serves as a great reminder of their loyalty and friendship!